A short week in Reception after the glorious Easter weekend.

The children came back to school on Tuesday full of news and ready for the term ahead. It was lovely to hear all about the exciting things they did over the holidays. As the weather was so good there were lots of visits to the beach and egg hunts in the sun!!

Tuesday was values day. The value for this term is truthfulness. The children were introduced to this value through the story of “The Boy Who Cried Wolf”. All the children were able to discuss the importance of being truthful. They were able to write about the story and gave advice to others about how important it is to be truthful.

In Maths this week we have begun looking at the operation of subtraction. The children have learned some songs which are based around subtraction- 5 little ducks and ten fat sausages. We have recreated these songs with the children and the children have been able to see the starting number getting smaller as items are taken away. Using tens frames the children have explored taking away in practical terms.

PSCHE and Jigsaw this term is all about relationships. We began by thinking about families. Jigsaw Jennie began by telling the children about her family and all the other Jigsaw pieces. We had a story that explained how families can come in all different shapes and sizes. The children then discussed who was in their families. Then the children completed houses filling the windows with members of their families.

The effort cup this week went to Prashika and Dillon has taken Patch home. We look forward to hearing about their time together.

This week kicked off with Open Morning on Monday. It was great to welcome so many parents into the classroom to engage with their children’s learning. The children all came to school dressed as inventors! They looked amazing! It was the grand opening of the tinkering lab! The role play area has been transformed into an inventor's workshop complete with hammers, cable ties, screws, nails and an assortment of other tools. All the children brought in a range of “junk” materials and used these to create some fantastic inventions.

We managed to dodge the rain and get out on our welly walk. We explored the areas immediately around the school. We were focusing on the signs of spring. We saw some beautiful blossoms, pansies, lavender and wisteria. We looked at the blossom on the trees and spotted new shoots and leaves growing everywhere. On returning to class some of the children chose to use paint to recreate some of the flowers and blossoms they had seen.

In maths we have been continuing our work on subtraction. The children have been using all kinds of practical apparatus to consolidate their understanding of this key skill. They have used tens frames, buses with people, bears, pegs and numicon shapes.

In Jigsaw this week we have continued our work about families. We were talking about the jobs we all do to help our families out. The children were able to share how they help out at home. Some of them are very busy and helpful!

We have been very lucky to have some parents coming in to read to the class. We did ask for volunteers and we had several willing mums this week. They brought stories in from home and shared these with the class. It has proved very popular with the class!

Patch has gone home with Siena and we look forward to finding out about their adventures together.

This week the children have been spending lots of time inventing things in the tinkering lab. They have lots of equipment and tools including nuts, bolts, screws, cable ties, wood, hammers, tape and a whole host of recyclable materials.

Inventions have included rockets, items of transport, puppets and boats. These inventions have proved a great starting point for writing with children writing lists of the materials and tools they used to create their inventions. Later on in the week they wrote in detail about the items they made and how they made them.

Daniel, the singing teacher came in on Wednesday. He plays lots of singing games, vocal exercises and activities with the children using a variety of songs. He has introduced the music terms of tempo and dynamics. This week he asked for requests from the children and after much nagging they all sang a rousing rendition of “Shotgun”- much to the children’s delight!!

After last week’s spring walk around the local area the children have recreated some of the flowers they saw. Using corks and a variety of pastel colours the children printed some spring flowers and blossoms. They look really effective and very spring like.

In PE this week Miss Pilgrim took the children into the hall. She had got all the large apparatus out. The children were able to travel over, under, across and along a variety of benches, climbing frames and benches. They also used the ropes to climb and swing.

This was an excellent opportunity for the children to use large physical motor skills and to develop some simple gymnastic moves.

In RE this week we looked at the Christian Bible story of the creation. The children learned how Christians believe God made the world and heard the story of the 7 days it took to do this. They followed this up with some pictures and writing of the things God made on each day.

The effort cup went home with Lily and Braydon took home Patch. We look forward to hearing about their adventures together.

There has been lots of Maths learning in Reception this week.

We have continued with our work on halving and subtraction. The children used mini marshmallows to share out between cups of hot chocolate. We also moved on to recording on the white boards with children using subtraction number sentences eg. 8-4 =4

Later in the week we moved onto sharing. The children worked practically and explored sharing various amounts of raisins evenly. We discussed odd and even numbers and what these are and how only even numbers can be shared evenly between 2. Of course after all the practical sharing the children got to eat the raisins! Yum!

On the Art table this week the children have had a free choice activity using a range of art and craft media including paint, feathers, sticky paper and foam shapes. The children have created some amazing art works on their own using these items. We look forward to displaying them in the classroom.

In Literacy this week the children listened to the story of “Rosie Revere- Engineer” by Andrea Beaty. Rosie is a brilliant inventor of gizmos and gadgets who dreams of becoming a great engineer. When her Great, Great Aunt Rose (Rosie the Riveter) comes for a visit and mentions her one unfinished goal--to fly--Rosie sets to work building a contraption to make her aunt's dream come true. The children have been completing some writing about the story.

In our Phonics sessions this week we have had a real focus on tricky words and encouraging children to be able to read these words as sight vocabulary. We have played some games on phonics play (an interactive phonics learning platform) and the children have worked in teams to try to beat one another to be the first team to spell the tricky words correctly!

Patch and his new book have gone home with Cosby and we look forward to hearing about their adventures together. 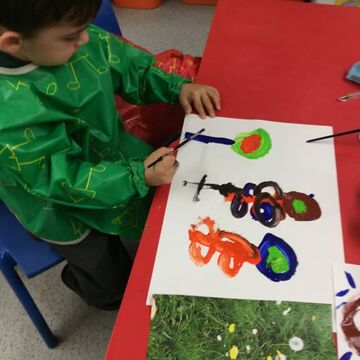 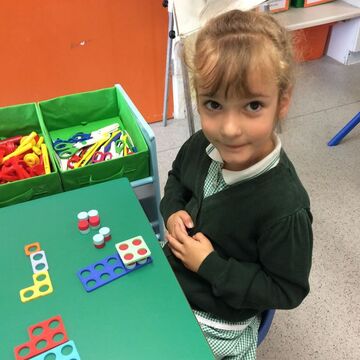 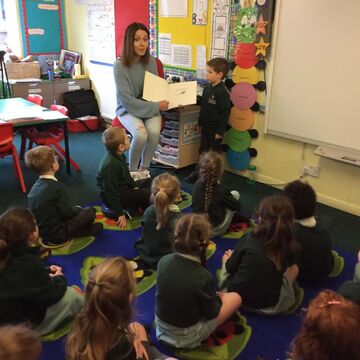 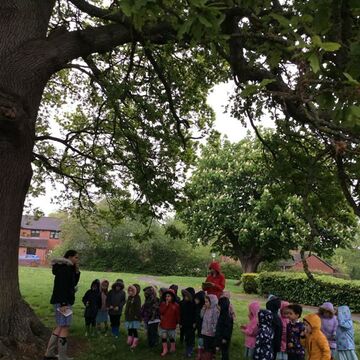 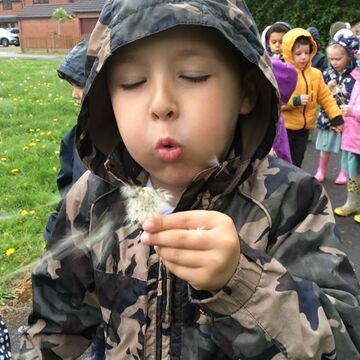 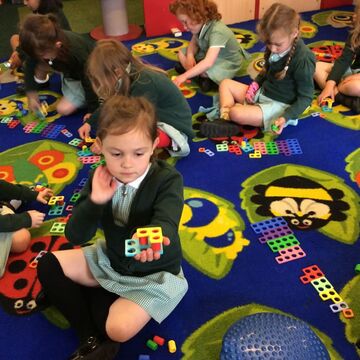 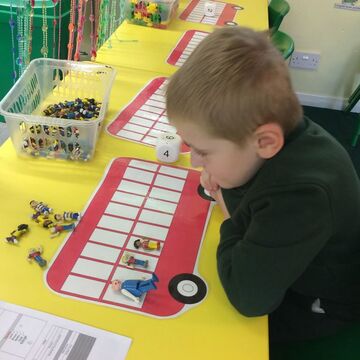 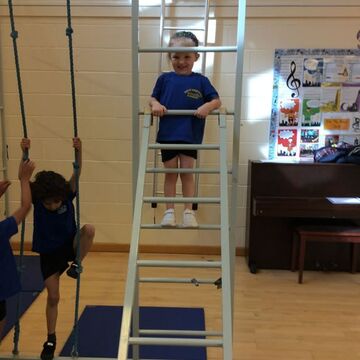 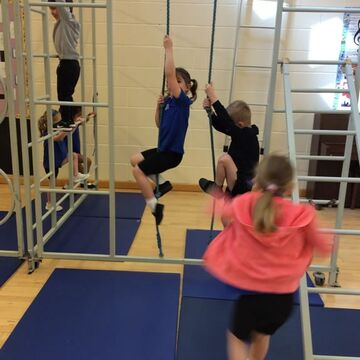 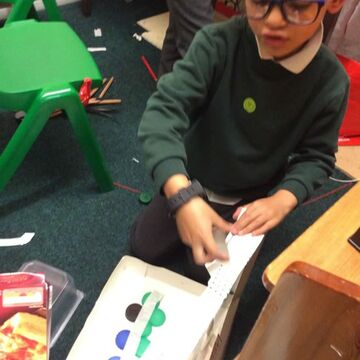 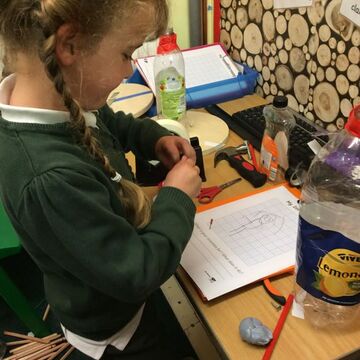 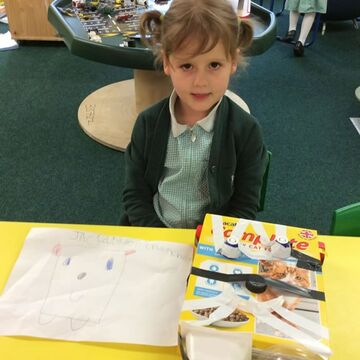 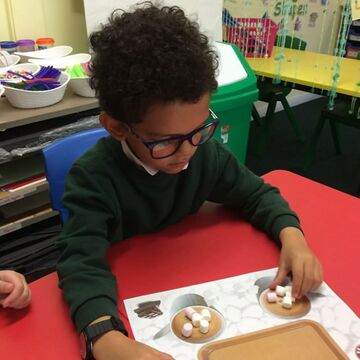 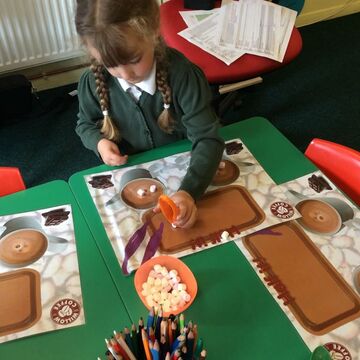 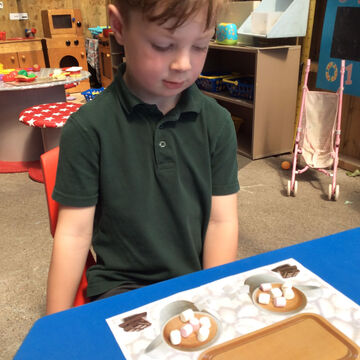 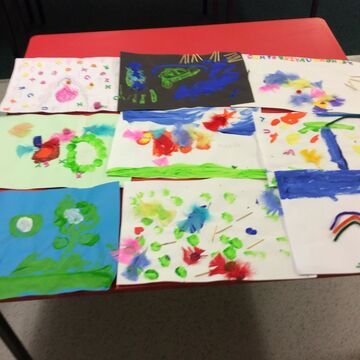 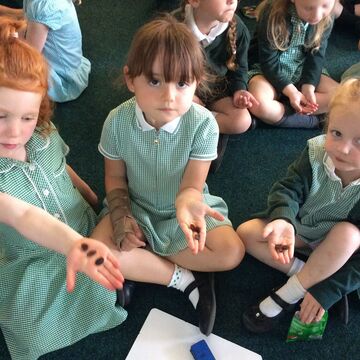 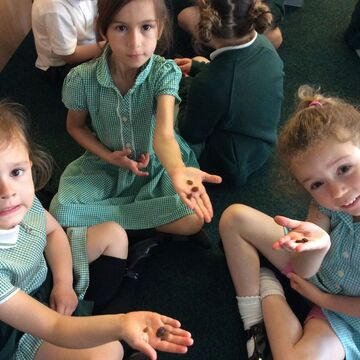 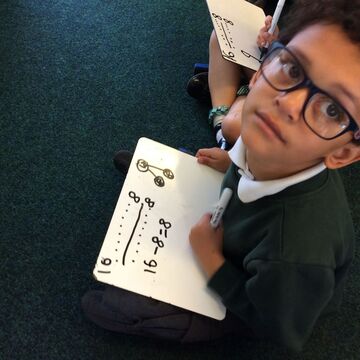 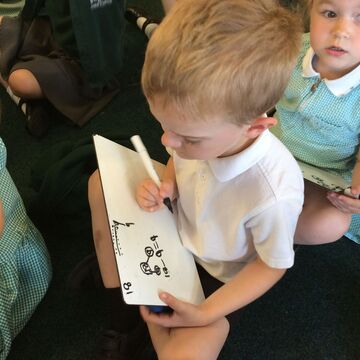 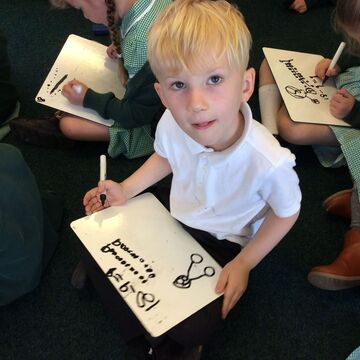