Back to Newsletters & Updates
Share this article
Class Update

Another busy week in Year 3! This week we have been looking at the story” The Lost Happy Endings” by Carol Ann Duffy.

This is a beautifully written and illustrated tale about a girl called Jub whose job it is to distribute happy endings for all the stories in the world. It has many links to fairy tales, including a wicked witch, and follows on nicely from the work we have done previously about Traditional Tales. It is full of very rich language and description and we have been working hard to use descriptive language in our writing.

The story is set in a woodland during the night so as a class we tried to describe a woodland during the day time thinking about what we would see and hear. We tried to use similes and good word choices to enrich our description. We continued with our spelling focus of “y “used instead of “I”. The children have been trying to use the word of the week in their writing – this week it was seized. We had some great sentences!

In Maths this week we have been looking at number lines and identifying three digit numbers on the line. Then we progressed to actually drawing number lines. This was a hard task for many! We needed to use a ruler correctly and use the squares in our books as a guide, decide on a scale and draw accurately. This was before even putting any numbers on! We certainly need more practice with this!

In Topic work this week we found out a little about some of the Egyptian Gods and Goddesses. We looked at Ra, Bastet, Anubis and Sobek. We learned that many Gods were depicted as half human and half animal. The class were given half of a picture of one of these Gods and they had to sketch the other half. These look amazing. We have some super little artists. They are hanging up in class – do pop in and have a look!

On Thursday we celebrated National TA Day (the actual day was earlier in the week). We had a special assembly where some children from all classes explained why Teaching Assistants are so important and valued. They all work so hard, for us as teachers, and for the children it was nice to show them how much they are appreciated!

Top Dojos this week are: Ben, Nicole and Elouise. Well done to them!

Don’t forget next Thursday is European Languages day. We will be focussing on France and the region of Brittany. Please can children dress in the colours of the flag or in French style? If anyone speaks another European language do let us know –or write some things down- numbers or greetings- so we can try these out too.

Have a lovely weekend! 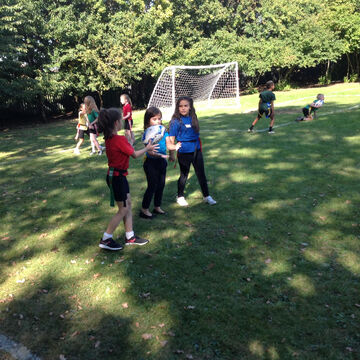 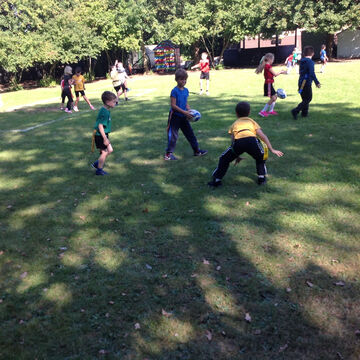 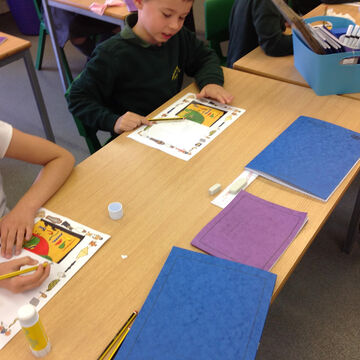 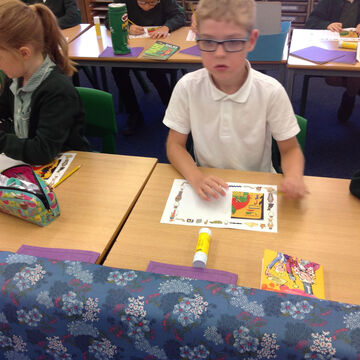 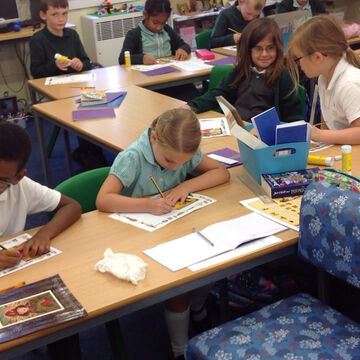